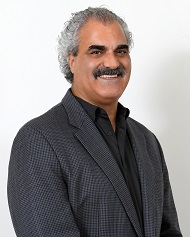 Peter has been a leader in the Hospitality, Medical Education, Special Events & Meeting Planning Industry for 34 years. His affiliations over the years include: MPI, PCMA, ASAE, NYSAE, HSMAI, SGMP, ABC, Visit Charlotte and others.

Once Cuocolo made his mark in the NYC lime- light he sold his business in 1996. From 1996 through 1999, Cuocolo was director of sales and marketing at the VIP Country Club, New Rochelle, NY and the Huntington Conference Center, Huntington, NY. He next ventured into the medical education industry as a senior meeting planner at Ventiv Health Communications, EDU Medical Management and IntraMed.

Peter moved to Charlotte in December, 2004. Peter quickly accepted a position at the Hilton Charlotte University Place Hotel as National Sales Manager until October 2007. He accepted a similar position at the Omni Charlotte Hotel where he worked until February 2010. He decided it was time to venture out on his own again to establish his new destination management and tour companies, the Charlotte Special Events Group & Soaring Eagle Tours.

Cuocolo is well known in Charlotte, NC and through-out the states as being a creative and “make it happen” professional in the hospitality industry. There is nothing that can’t be done. Cuocolo’s philosophy since 1987 has been Only your imagination can hold you back!! 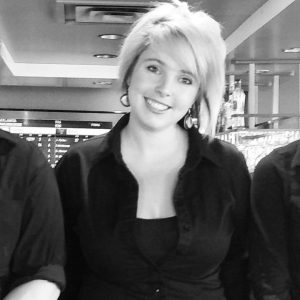 Katherine Delk, also known as KD, lives with her son, Oliver, in Kannapolis, NC.  Originally from Rock Hill, SC, she moved to Concord, NC with her family in 1998.  She graduated from Northwest Cabarrus High School in 2008 and attended UNC Charlotte for a year.  KD began working for Applebee’s in Concord in 2011 and it was there that she found her passion for people and developed strong leadership skills.  In her free time, she enjoys spending time with her family and friends, visiting local breweries, and listening to live music.  Katherine joined our team in April 2017 as a tour guide and our sales and marketing manager. Her smile just melts people away! 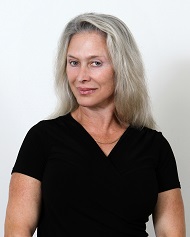 Barbara Sylvester is a polished professional with an extensive history in real estate, banking, sales and marketing. With a goal of accomplishing any venue to its maximum potential, Soaring Eagle Tours finds that her expertise in social interaction brings a sound ingredient to the foreground. The focus of marketing skills is centered in our company’s business development which within a new aspect of an established company is a valuable necessity. Barbara’s educational degree is mostly from the school of life, having worked within these fields for over thirty-five years, and she continues now as she looks forward to an exciting and rewarding relationship with Soaring Eagle Tours.

Jim Graziano is owner of snapWerx LLC, a Charlotte-based commercial photography company. Jim is originally from Long Island, New York but has spent many years in the south in Tennessee and North Carolina. After spending over 30 years in manufacturing industries, first in technical as an automation controls engineer and manager, then in industrial automation sales, Jim started snapWerx in 2009 to bring quality photography to small, medium and large businesses. His vast experience working with some of the largest chemical companies in the United States has given him a unique approach to the business of commercial photography. snapWerx has recently added event photography to the list of services and Jim personally contributes time to photography for non-profit organizations, such as The Sandbox, a Charlotte non-profit that works with children with cancer and their families.

snapWerx joined the Soaring Eagles Tours team in June of 2013 and photographed all of the Charlotte events with the Puerto Rico Council of the Boy Scouts of America, both before and after their 2013 Jamboree. 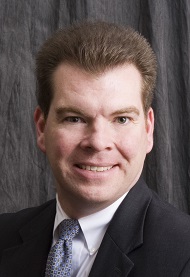 Andy Thompson joined his father H.A. in the business when it was a one-car operation out of their driveway in 1985. He and his brother Jeff drove the limo for weddings and parties, bringing the Thompson hospitality to life. He has supported the company’s growth into a multi-million dollar company employing over 90 with a fleet of over 50 vehicles.

As the company grew, Andy eventually moved out of the driver’s seat, taking up the mantle as Vice President/Co-Owner. He has been responsible for the Sales Department -developing the company’s affiliate network, as well as partnerships with many well-known organizations in Charlotte including the Westin, ACN, Carolina Panthers, Charlotte Checkers, Charlotte Knights, and most of Charlotte area educational institutions.

Andy was recognized as a Mover and Shaker in 2012 by Business Leader Magazine.  He also currently serves on the Passenger Vehicle for Hire Review Board (PVH) appointed by the Charlotte City Council.

When Andy isn’t supervising sales or building new partnerships for Rose, he can be found spending time with his wife, Jennifer, and children, Hunter and Lana, or playing golf with his dad. With his vast experience and connections, Andy is a great addition to our team here at Soaring Eagle Tours. 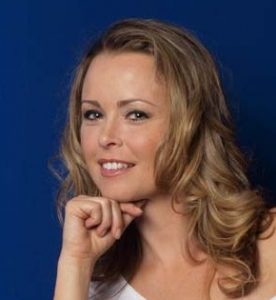 Simona Foit was born in Czech Republic, where she was in the travel business for twelve years. She worked as sales manager and travel guide for few different tour operators. She organized numerous tours to Italy, Greece, Croatia, Spain and other European popular destinations. Tourism and travel is her lifelong passion. Her personal interest drew her to Asia, Africa, South America and North America, where she found her second home. For eight years, when Simona lived on west coast, she helped organize many trips for Europeans visitors and also actively traveled by herself. She recently relocated to Cornelius, North Carolina where she is currently employed at the Charlotte Special Events Group and Under A Cuban Sky Tours. She speaks Czech, Slovak, German and Russian. She has a master degree in marketing.

Joe Larson has 30 years of experience in radio event production at some of the America’s finest radio stations in Charlotte, Raleigh, Saint Louis, New Orleans, and Madison. He has created, planned and executed all types of events from major concerts and radio broadcasts to weddings and private parties. Joe is currently on-air as talent on WLNK 107-9 the LINK in Charlotte.

Joe grew up in a small town (Pecatonica, Illinois) outside of Chicago. Joe now calls Charlotte home since moving here in 2001.

Joe joined our company in January 2014 as a tour guide. He did an outstanding job hosting the 2017 Jamboree Montana contingent. This tour package was extremely complicated, visiting 5 different Cities from July 14 – July 29. Joe was praised in a letter from the Montana contingent for his excellent leadership and hospitality. 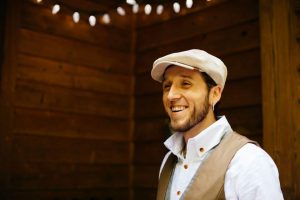 Born in Phoenix raised in upstate NY. Vincent always had a passion for outdoor adventures. After meeting his wife, they decided to make North Carolina our home.  It had everything they were looking for. Being so close to the water and mountains it was a great choice.  If Vincent is not in the woods or on the water then he is on the golf course.  He love to interact with people and know everyone’s story.

Vincent joined our team in May 2017 as a tour guide. He did an amazing  job hosting the 2017 Jamboree Aloha Contingent right here in Charlotte, NC. 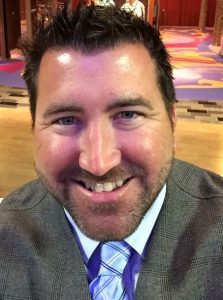 Originally from Boca Raton, FL currently reside in Huntersville, NC. Casey lives with his girlfriend Jennifer and their Australian Cattle dog Bourbon. Casey currently works in the  food and beverage department at the Hilton Charlotte Center City in the heart of Uptown Charlotte. Casey is a Certified Firefighter/Paramedic with his training at Broward Fire Academy and Florida Medical Training Institute. He graduated with a Bachelors Degree in Communication Studies from Florida Atlantic University (Boca Raton, FL). He is an avid sports fan (especially the Miami Dolphins), outdoor enthusiast (hiking, boating, mountain biking, fishing, etc.) He also enjoy golfing and shooting the occasional game of darts.

Casey played baseball collegiality at the Univ of Virginia (Charlottesville, VA) and Univ of Central Florida (Orlando, FL). He was drafted by the Los Angeles Dodgers in the 2000 MLB draft and played in their minor league system in the Northwest League, South Atlantic League, and Florida State League.

Casey joined our team in April 2017 as a tour guide. He did an amazing job hosting the 2017 Jamboree Pacific Skyline and the Maui contingents right here in Charlotte, NC.

Denmark, Iceland, Liechtenstein and Mexico Contingents. WE ARE SO PROUD TO HAVE SERVED THESE COUNTRIES' CONTINGENTS 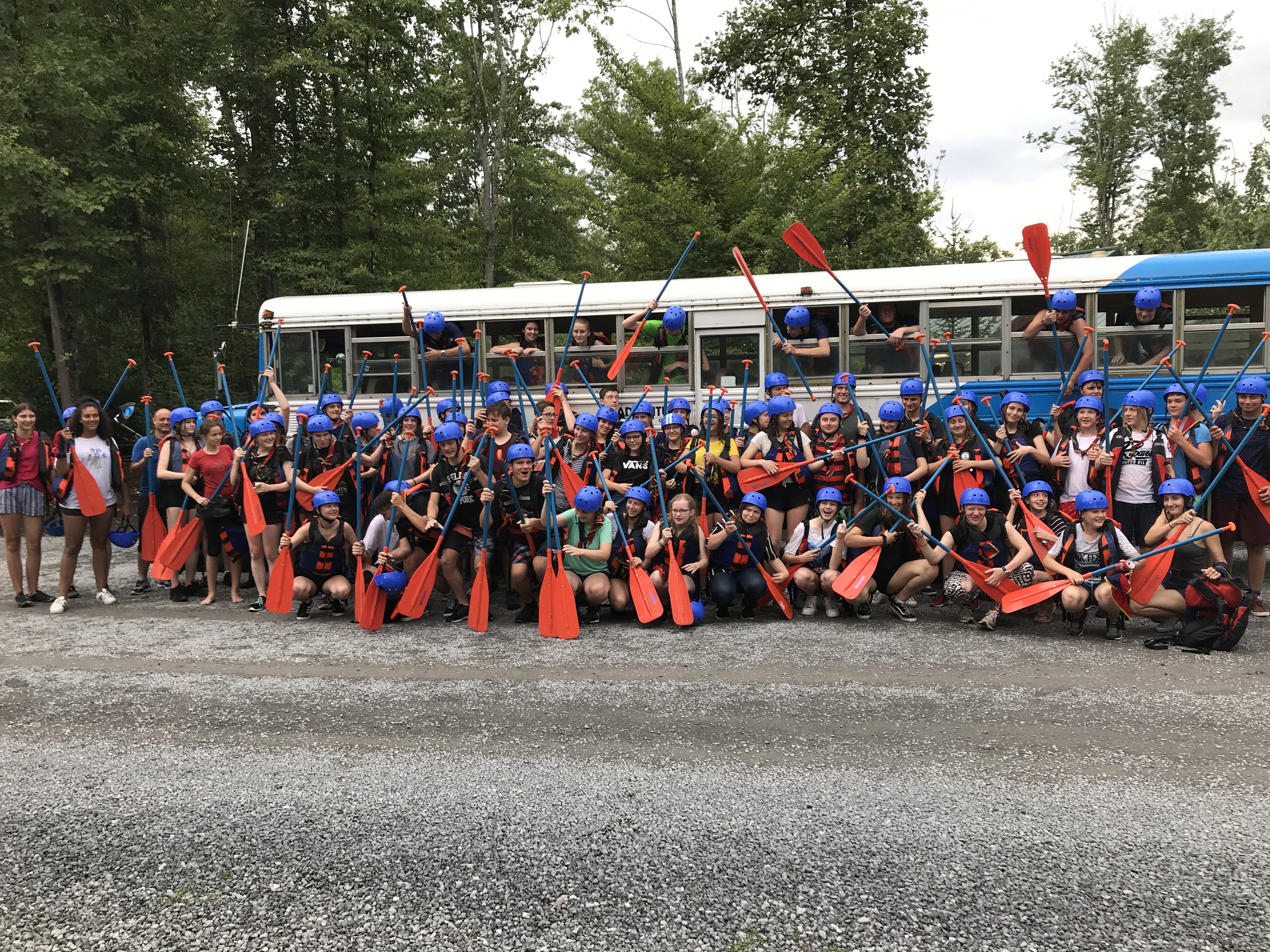 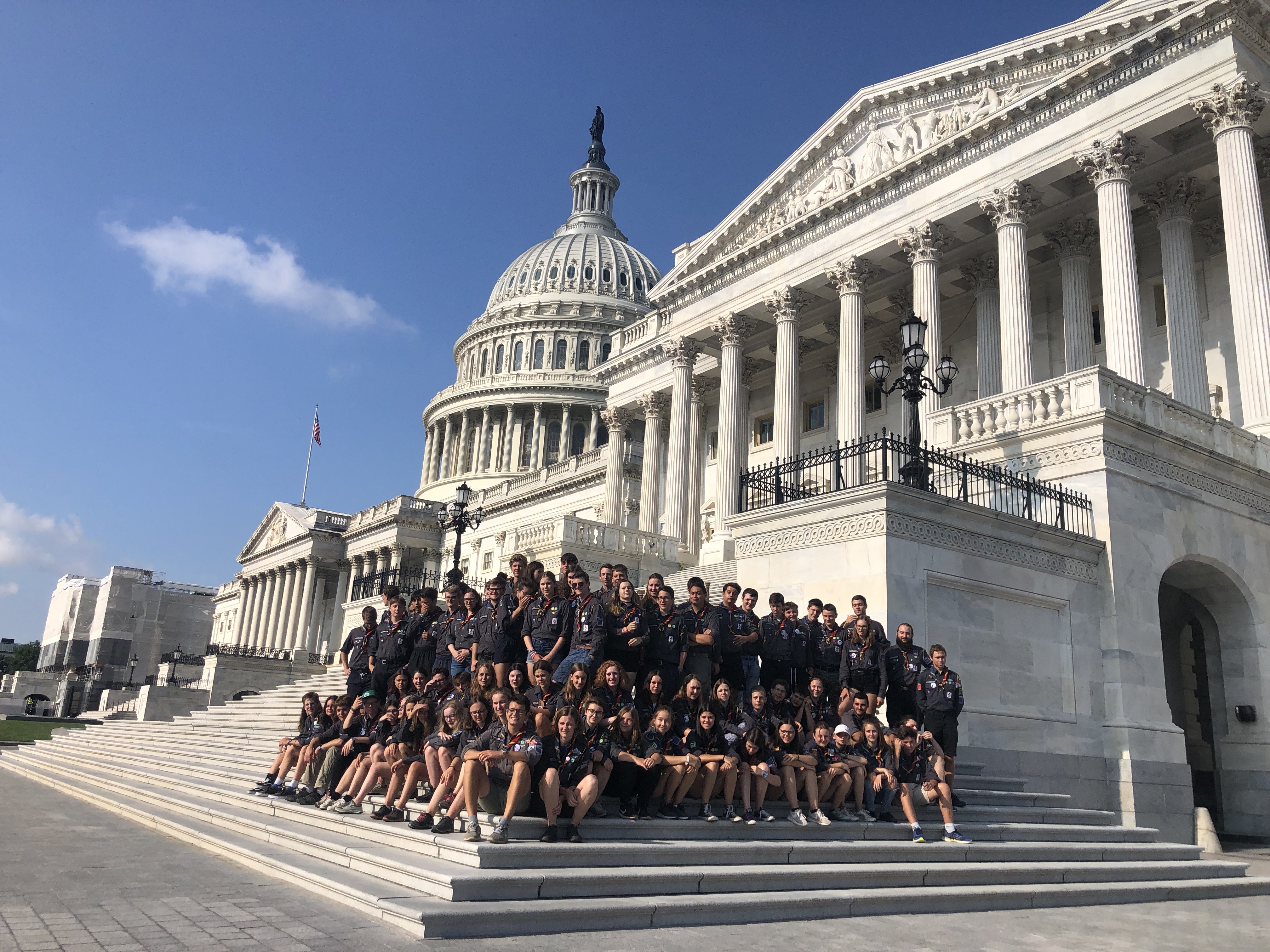 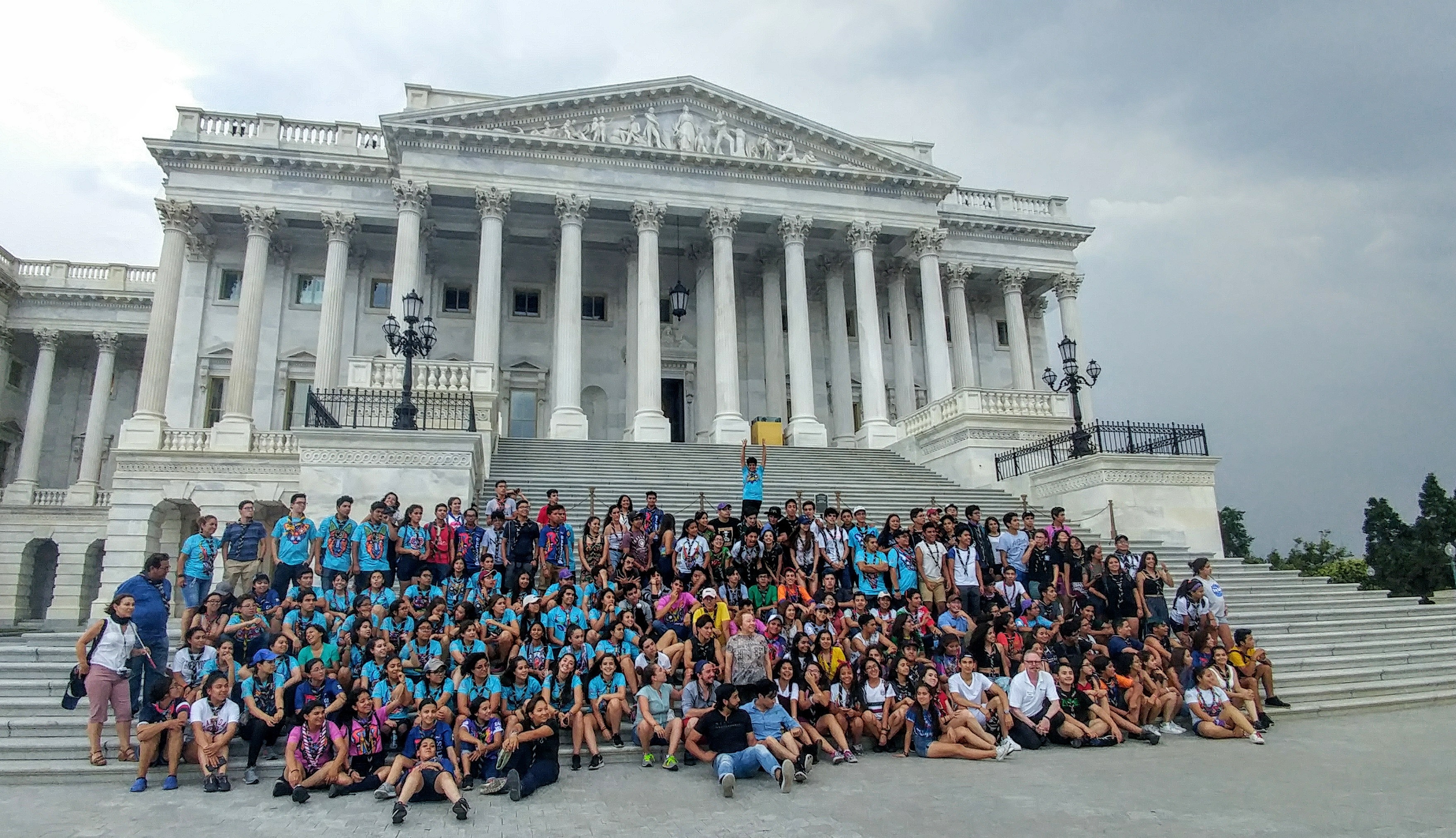